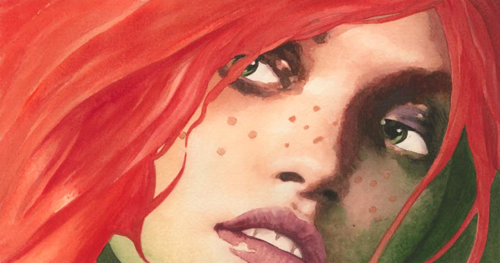 The work of award winning artist John Bolton is guaranteed to intrigue, excite and disturb you.  A highly skilled and frighteningly imaginative artist, Bolton’s classic techniques paint a realistic edge to horror and fantasy.

John was seven when he first encountered a paint brush and it was love at first sight, offering him an output to visualise and create what he saw in his mind and put it to paper.  Thus, began a life-long ambition of creativity, with influences acquired from a wide variety of sources, but all connected by one underlying theme – the interesting and bizarre.

John has been painting now for three decades and has collaborated with some of the industries most prestigious comic writers, such as Neil Gaiman, Chris Claremont, Mike Carey and Clive Barker. From the world of film he has worked with Robert Zemeckis, Sam Raimi and Jonathan Glazer.

Inspiration comes not from outside influences, but from the story he is illustrating,

The style stems from the content and emotion of a particular story.

He has an innovative approach to sequential art that has seen him rise to the very top of the current crop of artists working in comics. He digs deep into his imagination to come up with something never seen before.

His ethereal paintings of vampire-women and magical creatures have made his work much sought after by collectors around the globe.

Over the last couple of years John has been working on a beautiful macabre story written by Lovern Kindzierski called Shame and published by RenegadeArtsEntertainment.

Visit Art For Sale to purchase original artwork and other Bolton related items.